Born in Canada in 1921, Robin Bush studied at the Vancouver School of Art. He began his career as a designer when he partnered with Earle Morrison. The two designers made low-lying sofas and lounge chairs. In 1953, Bush set out on his own to form Robin Bush Associates Limited, through which he created his own furniture and sold Herman Miller products under license. Shortly after launching his company, he won a contract to supply metal frame furniture for Alcan’s mine at Kitimat. A 1959 article in Canadian Art emphasized Bush’s “intelligence and genius,” noting that Alcan chose Bush’s designs because they would increase comfort levels for workers and help retain employees. Bush’s early designs have been praised for their “clean, sharp and geometric” aesthetic and “interesting, and at the time, unusual colours.”(Hodges) After Kitimat, he continued working with metal and bold colours, creating the Prisma steel line for Canadian Office and School Furniture (COSF). 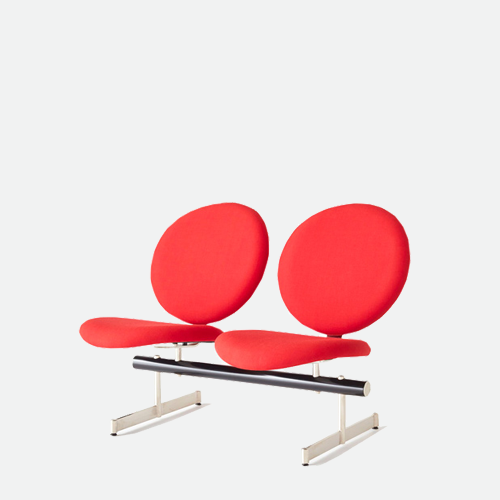